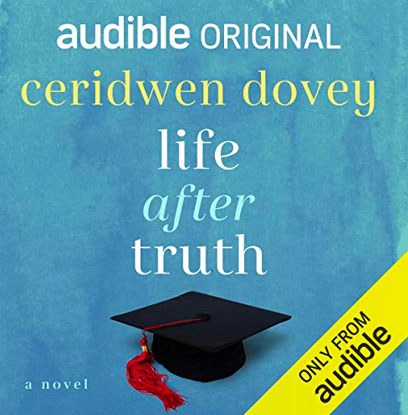 Jules, already a famous actor when she arrived on campus as a freshman, is changing in mysterious ways as she approaches forty, but won’t share what is haunting her. Mariam and Rowan, who married young, are struggling with the demands of family life, and starting to regret prioritizing meaning over wealth in their careers. Eloise, now a Harvard professor who studies the psychology of happiness, is troubled by her much younger wife’s radical politics. And Jomo, founder of a luxury jewellery company, has been carrying an engagement ring around in his pocket for months, unsure whether his girlfriend is his soulmate.

Fifteen years after graduating from the most prestigious university in the world, on the cusp of middle age, they are still trying to pursue happiness (though it remains elusive), while wondering if they’ve wasted their youthful opportunities. But the soul-searching begins in earnest when the most infamous member of their Class of 2003, Frederick Reese – senior advisor and son of recently elected and loathed President Reese – turns up dead.

Old friends often think they know everything about one another, but time has a way of making us strangers to those we love – and to ourselves.

Once More with Feeling

Arthur MacDonald, 85, is having an end-of-life crisis.

He’s about to fail the obligatory ‘older driver’ practical test for parallel parking more than five hundred millimetres from the curb. His beloved, dying wife of over sixty years no longer knows who he is. His older brother still has all his hair and a wife almost half his age. The man his middle-aged daughter is dating has a ponytail. His teenage grandson wants to make desserts for a living. And his daughter wants him to move into Silvermine, the retirement home down the road, an Alcatraz for old people.

But when Arthur unexpectedly meets the mysterious, radical, eighty-something-year-old Robbie Johnson, he begins to see he's still got a whole lot more to learn: not only how to bribe his way into passing some of life’s more absurd tests, but how to live fully, how to behave badly, and how to love better.