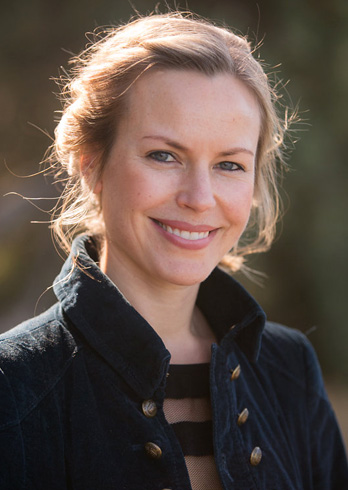 Ceridwen is a Sydney-based writer of fiction, creative non-fiction, and in-depth essays and profiles.

Her debut novel, Blood Kin, was shortlisted for the Dylan Thomas Award and selected for the U.S. National Book Foundation’s prestigious "5 Under 35" honours list. Her second book, Only the Animals, won the inaugural 2014 Readings New Australian Writing Award, the Steele Rudd Award for a short story collection in the Queensland Literary Awards, and was co-winner of the People's Choice Award for Fiction at the 2015 NSW Premier's Literary Awards. The book is on the VCE Literature Text selection (Victoria) for 2018 - 2020.

Her 2018 novel, In the Garden of the Fugitives, described by The New York Times as "an elegant...impressive, thought-provoking novel," was published around the world and longlisted for the 2019 ABIA Awards. Her memoir-biography, On J.M. Coetzee: Writers on Writers, was published in 2018 as part of Black Inc.'s acclaimed Writers on Writers series. Her audio-first novel, Life After Truth, is out now from Audible Originals, and Penguin Random House will publish the print book in November 2020. She is also releasing an audio-exclusive novel, Once More With Feeling, with Audible Originals in June 2020.

Ceridwen regularly contributes essays and articles to many publications, including newyorker.com, the Monthly, WIRED, and Good Weekend. Her essays have been selected for The Best Australian Science Writing 2019, The Best American Science and Nature Writing 2018, and The Best Australian Essays 2015. She has a special interest in science writing, women working in STEM careers, and the ethics of activities in outer space, and was a speaker at the Royal Society of NSW and Four Academies Forum on Space at Government House in Sydney in November, 2019.