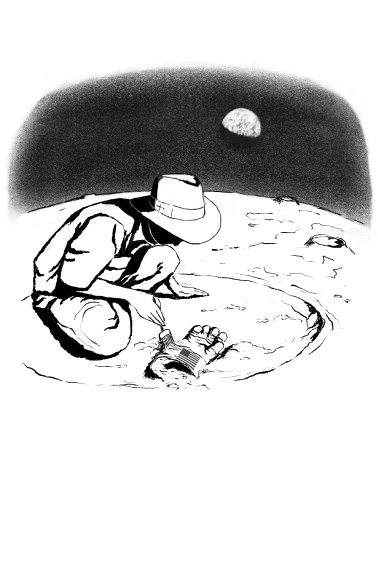 When Neil Armstrong stepped onto the moon, in 1969, the first images of his momentous leap were received and relayed by antennas at the Honeysuckle Creek Tracking Station, nestled in the foothills of a remote mountain valley in the Australian Alps, south of Canberra. Nothing now remains of the station but its concrete foundations. Nearby lie the ruins of another Australian satellite-tracking station once owned by NASA, called Orroral Valley, which supported the Space Shuttle Columbia missions, among others; it was closed in 1985, and later demolished. Most visitors gaze upon these abandoned sites and dwell on what has been lost. Alice Gorman looks at them and instead sees what might be found. A pioneer in the emerging field of space archaeology, she wants to know what the material culture of the Space Age - the artifacts left behind both on Earth and in outer space - can tell us.

What does it feel like to be passionate about your daily work? How do people find their way into fascinating, unusually fulfilling careers, even against the odds?

Space archaeologists and bibliotherapists; euthanasia activists and women’s rugby champions; shark experts and solar power visionaries; a master perfumer and a moon dust maven, among many others. What all of these people have in common is the courage to pursue their dreams and obsessions, no matter how niche or particular, and transform them into their life’s work. In the process, they’ve enacted lasting change in the world around them. Includes profiles of Alice Gorman, Liane Moriarty, Ian Thorpe, Bill McKibben, Lyndall Ryan, Judy Watson, Ellia Green, David Sinclair, and many others.

Delving into the working lives of others for publications as diverse as newyorker.com, The Monthly and WIRED, Ceridwen Dovey’s inquisitive, thoughtful approach has allowed her to explore fields of knowledge and expertise that are often inaccessible to outsiders. The resulting profiles are a celebration of the extraordinary and meaningful work done by those on paths less travelled.