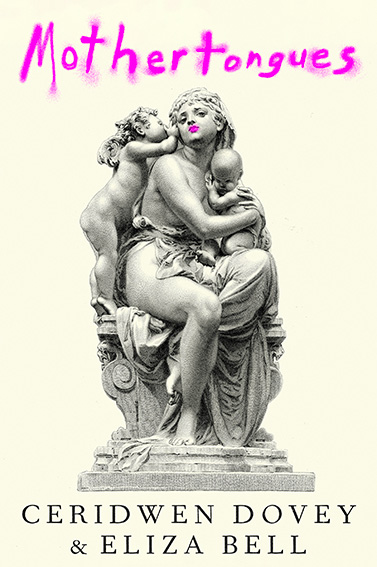 Inspired by some of the recent genre-defying and form-challenging writing on motherhood, friends Ceridwen Dovey and Eliza Bell decided to take a creative risk and co-write MOTHERTONGUES, an experimental book of bio-autofiction about early motherhood (published by Penguin Random House in April 2022).

"An odyssey of ideas, with the heart to match them - a book full of daring and insight." -- Markus Zusak, author of The Book Thief

"A great rattlebag of a read, full of surprises, tales and ideas. A book that argues with itself. A book of close ups and wide views. Stimulating, funny and heartbreaking." -- Paul Kelly, singer-songwriter and author of How to Make Gravy

“There is no greater gift mothers can give one another than understanding and vulnerability. Mothertongues does both." -- Jamila Rizvi, author of The Motherhood

“In the creation of Mothertongues, the authors situate collaboration at the heart of the endeavour, upending the idea of writing as a solitary act. The diverse and experimental exploration of motherhood and art-making allows Mothertongues to appeal to mothers and non-mothers alike, for readers of Sheila Heti and Jenny Offill." -- Anthea Yang, Books + Publishing

"[You] fall immediately under its sway...This is above all a fun book, easy to read and written with love, sadness, passion, joy and intellectual gravitas. It's good company." -- Katherine Wilson, The Sydney Morning Herald

"Dovey and Bell have taken the central problem of writing about the maternal – how to capture something so complex and ineffable? – and responded by refusing to be pinned down by one genre, one style, one form. By approaching motherhood from an astonishing variety of angles, they grant glimpses of its essence." -- Carla Pascoe Leahy, The Conversation

"Prepare to be hurt. Prepare to be seduced into awe and helpless laughter. Prepare for wisdom. Once, the bare facts of motherhood were 'shrouded in secrecy, kept apart from the rest of the official human discouse.' Not any more. Pain, joy, rage, grief and ecstasy jostle in these pages." -- Carmel Bird, The Saturday Paper

"[A] conversation about motherhood with two women I admired; one in which I felt radically included. In that sense, Mothertongues may be, for a certain type of literature woman, the only mother's group ever needed." -- The Australian

"Motherhood can be luminous and infuriating. It can be deeply, intensely lonely. It can be a time of intense connection. It can be all of these things at once. Mothertongues is many things - an anthropological study, an artistic experiment - and most of all, a bold, exciting attempt to preserve the moments whose significance is fleeting and too often denied." -- The Guardian

"Reading Mothertongues is so much fun, it takes a while to realise how political it is...I can assure you that Mothertongues is not a Motherhood Memoir, because I wouldn’t have read it if it were, see my review policy...Mothertongues is as much about the madness of modern life and it’s often very funny." -- Lisa Hill, ANZ LitLovers LitBlog

The best parts of motherhood are often the enriching collaborations with other women doing the same daily labours. Ceridwen and Eliza felt that motherhood as a theme naturally lends itself to collaborative writing and creating, as a way of pushing back against the entrenched assumption that art-making must be solitary to be taken seriously.

For many years, Ceridwen has been fascinated by collaborative writing (which led her to publish this essay in the New Yorker, about writing novels as a group), and Eliza has a background in theatre-acting, which by its very nature is a group act of creation. She has always been intrigued by the Theatre of the Absurd, and together they realised that this might be the perfect lens through which to explore the fragmented, absurd, banal, totally-ordinary-yet-still-extraordinary nature of mothering young children in one time and place.

This led to them beginning to search for new forms and methods of creation that could fit within their fragmented, messy lives as mothers. They began to blend literary and theatrical influences, collecting and recombining any bits and scraps of their own motherhoods that they could salvage. There are many different performances of motherhood, and masks that mothers take off and put on strategically to survive: so they trained a spotlight on the Mother on a stage, but also wandered off into the shadowy wings, to find her shadow selves. They brought all this together to craft an experimental work of bio-autofiction: not just reinventing or reshaping with the tools of fiction their own individual experiences, but each other's.

From the start of writing together, Ceridwen and Eliza were interested in blurring the boundaries between different modes of expression: prose, poetry, theatre and song.

This is why they asked their Sydney songwriter friend, Keppie Coutts, to work with them on creating eight original songs to be interspersed throughout the audiobook, in between the textual narrative. The audiobook is not a pale aural imitation of the physical book but creates a more atmospheric audio mood. Through music and song, they can represent some of the bursts, range and depth of emotions felt by women in the years of mothering young children in a way they can’t through text alone.

This layering of intellect and emotion, the shifting from text to song, from thinking to feeling, the toggling between the cerebral and the embodied, is exactly what is required of mothers too. In this way, by taking down the boundaries between art forms, and messing things up a little, they hope to give readers – and listeners – a richer, more complex experience.

The MOTHERTONGUES album of songs is available for readers of the physical book - and anybody who is interested! - to stream for free here.

We ran a Pozible crowdfunding campaign to raise the funds so that Keppie could perform/record/produce these songs for the audiobook/album (working with acclaimed ARIA and APRA-nominated composers/producers/musicians Maria Alfonsine and Damian de Boos-Smith at MADBS Composing Palace). We're really grateful to all our supporters for helping us reach our goal! 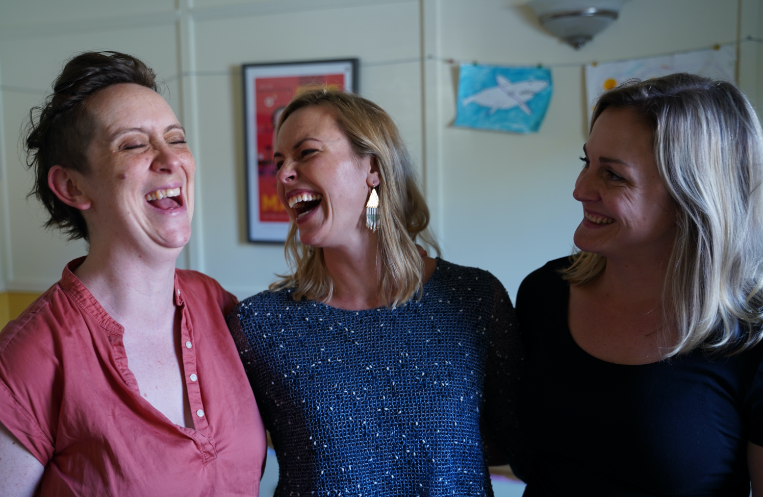 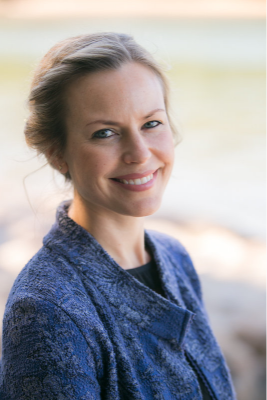 Ceridwen Dovey writes fiction, creative non-fiction, long form science-writing, and in-depth essays and profiles. Her debut novel, BLOOD KIN, was selected for the US National Book Foundation’s prestigious “5 Under 35” honours list. Her second book, ONLY THE ANIMALS, won the inaugural 2014 Readings New Australian Writing Award. Her memoir-biography, ON JM COETZEE: WRITERS ON WRITERS, was published in 2018 as part of Black Inc.’s acclaimed Writers on Writers series. She’s also the author of the novel LIFE AFTER TRUTH and the bestselling Audible Original novel ONCE MORE WITH FEELING. She has published essays with newyorker.com, WIRED, the Smithsonian Magazine, the Monthly, and Alexander. She is the recipient of a Eureka Award from the Australian Museum. 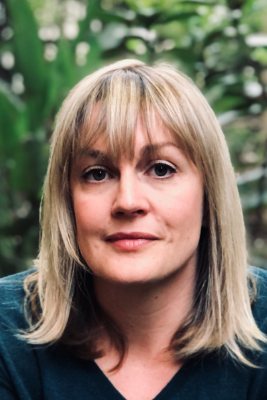 Co-creator Eliza Bell is a teacher, writer, and theatre actor. She has lived and worked in Washington, New York, Berkeley, Cambridge, Moscow, and Paris.  Favourite performances include: The Memory of Water; A Midsummer Night’s Dream; New Jerusalem; The Interrogation of Baruch de Spinoza; The Accident; Charles Mee’s Snow in June; Donnie Darko; The Most Massive Woman Wins; Three Sisters; and that weird match.com date when the priest took her to dinner at Prune and then a dirty puppet show that she tried to find amusing because she was just that lonely and plus she knew it would be a good story someday.  Eliza trained at Studio Magenia Ecole de Mime in Paris and the Moscow Art Theater, U.C. Berkeley and American Repertory Theatre Institute at Harvard University. She is currently Dean of Creative and Performing Arts at a Sydney high school. 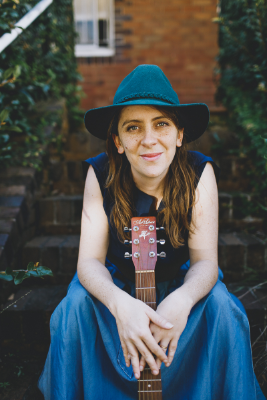 Keppie Coutts is an Australian singer songwriter, whose blend of jazz-infused folk melts the mellow tones of Norah Jones with the ethereal pixie spirit of Laura Marling into a Chagall painting of sound. Keppie’s tunes are earthy, sophisticated, and direct- heart-squeezing, uplifting; sometimes hilarious, sometimes dark. Multi-Grammy award-winning artist John Mayer heard a new tune of Keppie’s (‘Waiting for the Avalanche’) and within a week, had taken it into the studio in Boston to record. Keppie had scored a private audience with Mayer as one of 12 young songwriters hand-selected to spend the week with Mayer in 2008.

A sojourn to the US saw Coutts catapult from student to faculty at the Berklee College of Music in Boston in 5 short years, teaching in the Songwriting Department in 2010. Since then, Keppie’s music has appeared on international radio and prime time television, and Coutts has taught songwriting at the Songwriting School of Los Angeles, Berklee Online, and for the Conservatorium Open Academy in her native Sydney. Coutts’ talents as a lyric writer have more recently been sought after by others in the music industry, with songs co-written by Coutts released by pop act, Sayah, and Australian heavy metal mash-up band, Twelve Foot Ninja. Keppie’s music can be found here.