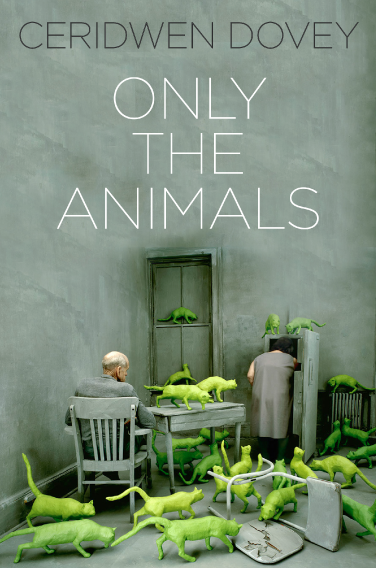 My twin sister and I, like all young elephants in our herd, were raised on a feast of stories about our ancestors, whose souls glowed at us from constellations in the sky. On certain summer evenings, the elders would point out identifying features among the stars: the tip of a trunk, or the triangular ends of an ear spread out in preparation for a charge, the same shape as the continent of Africa. They would tell us the story of one of these hallowed forebears looking down on us. My sister and I liked to reenact what we had heard, living out an ancestor’s great moments on earth and imagining what it might feel like to die and be transmuted into a soul that sparkles forever, wheeling about on an invisible axis.

The souls of ten animals, each killed in a human conflict of the past century or so, tell the story of their deaths in turn. There is the camel killed in colonial Australia and the blue mussel killed in Pearl Harbour; the cat who died in the trenches in World War I and the bear who starved to death during the siege of Sarajevo; the dog who lost his life on the Eastern Front in World War II and the parrot killed during the 2006 bombing of Beirut; the ape who died in Germany during World War I and the Russian tortoise lost in space during the Cold War; the elephant killed in the civil war in Mozambique and the dolphin who chose to die during the American invasion of Iraq in 2003.

Each of the animals also pays homage to a human writer who has written imaginatively about animals during much the same time span, from Henry Lawson to Ted Hughes, from Kafka to J.M. Coetzee, from Colette to Virginia Woolf, from Tolstoy to Jose? Saramago, from Gu?nter Grass to Jack Kerouac, from Tom Stoppard to Julian Barnes. As the soul of the tortoise explains, borrowing the words of the poet Czeslaw Milosz, ‘So little of the total suffering, human or animal, can ever make its way into literature in the end. When it does, we should pay attention, and pay our respects.’

A tribute both to authors and to animals, this is a book that asks some difficult questions and doesn’t pretend to know the answers. Why do animals sometimes shock us into feeling things we can’t seem to feel for other humans? Why do animals allow authors to say the unsayable? Can we become intimate with an author by understanding his or her symbolic use of animals? Is it still possible to feel something authentic for other living beings caught up in fatal conflict in a time of compassion fatigue? Is a different relationship with animals possible if we no longer make them marginal to our lives and deaths? Can fiction really help us to find meaning, or even morality? And as the soul of the dolphin wonders in her narrative, why do we sometimes treat humans as animals, and sometimes treat animals as humans?

Only The Animals asks us to find our way back to empathy not only for animals, but for other human beings, and to believe again – just for a moment – in the redemptive power of reading and writing fiction.

A note on sources

Given that the stories in Only the Animals pay homage to many authors who have written about animals, I am indebted both directly and indirectly to multiple works of literature. Many of the animal narrators intentionally use words, phrases and sentences taken verbatim from the work of other authors. Where appropriate, permission to reprint material has been requested and included in the print version of the book. Please click here for a complete list of sources.

“I remember being told once that there are bioluminescent plankton; these stories remind me of that fantastic, startling and real illumination. The animal narrators are not mythic, or naive--they are psychologically full. And though the humans in these stories often act like beasts, having actual beasts tell the stories give the reader a broadened sense of what we affectionately term humanity."
-- Rivka Galchen, author of Atmospheric Disturbances

“I have been waiting, since Blood Kin, for another work of fiction by Ceridwen Dovey. Only the Animals is filled with knowledge and wisdom and beauty. It leaves a strange and striking trace on its reader.” -- Rachel Kushner, author of The Flamethrowers

Winner of the inaugural Readings New Australian Writing Award 2014 (Read about the award in the Guardian, The Australian and The Age)